"And the word of the Lord came to Jonas the second time, saying:  Arise, and go to Ninive the great city: and preach in it the preaching that I bid thee. And Jonas arose, and went to Ninive, according to the word of the Lord: now Ninive was a great city of three days' journey. And Jonas began to enter into the city one day's journey: and he cried, and said: Yet forty days, and Ninive shall be destroyed.  And the men of Ninive believed in God: and they proclaimed a fast, and put on sackcloth from the greatest to the least." (Jonah 3, 1-5) God sent Jonah to Ninevah to warn the people about the coming punishment set aside for them by God.  The people of Ninevah took heed and did penance, - donning sackcloth and ashes - thereby avoiding their just chastisement.

Considering the recent pagan rituals that occurred in the Vatican and promoted by the Hierarchy we would do well to spend the rest of November and December making reparation and doing penance for these terrible acts against God- against the Ten Commandments! God punished, people and Nations for such crimes most especially outstanding public crimes that lead others into sin such as these!!! Heaven is crying out for Vengeance for these acts!!! The Feast of St Martin of Tours at one time, signified the beginning of the penitential season before Christmas.i.e. Advent

St Martin's Feast was considered a great day of celebration in the Middle Ages - something like a Fat Tuesday I imagine. And I can imagine pretty much like our present-day Thanksgiving!

This Feast was celebrated to mark the beginning of this penitential season of the preparation for the coming of the Infant Christ. In the temporal order of things, this feast indicated the beginning of Winter and the completion of wine-making and setting up provisions for the winter.

Considering all that is happening around the world, it seems like a good idea to do extra penance to hold back the hand of God. It is this writer's opinion that because of the gravity of the crimes that ensued in the Vatican during this synod, God can no longer hold back the Chastisement.

After the final days of the synod were concluded, it was recently reported on the Internet that on October 6th, the opening day of the idolatrous Amazon Synod and the Eve of the Great Feast of Our Lady of the Rosary who was triumphant in the Battle of Lepanto, Sr. Agnes Sasagawa of Akita who had received messages from Heaven had a visitation from the Angel who had appeared to her over 30 yrs ago.

“Put on ashes and pray for a repentant rosary every day. You  must become like a child and make sacrifice every day.”

It was first reported here:

It would be good to recall the messages of Akita which also mirror that of Our Lady of Fatima most especially in the Third Secret of Fatima that Fr. Villa had issued.

Here are some of the excerpts from the Akita message from 1973:

"Many men in this world afflict the Lord. I desire souls to console Him to soften the anger of the Heavenly Father. I wish, with my Son, for souls who will repair by their suffering and their poverty for the sinners and ingrates."

"In order that the world might know His anger, the Heavenly Father is preparing to inflict a great chastisement on all mankind. With my Son I have intervened so many times to appease the wrath of the Father. I have prevented the coming of calamities by offering Him the sufferings of the Son on the Cross, His Precious Blood, and beloved souls who console Him forming a cohort of victim souls. Prayer, penance and courageous sacrifices can soften the Father's anger. I desire this also from your community...that it love poverty, that it sanctify itself and pray in reparation for the ingratitude and outrages of so many men.

"As I told you, if men do not repent and better themselves, the Father will inflict a terrible punishment on all humanity. It will be a punishment greater than the deluge, such as one will never seen before. Fire will fall from the sky and will wipe out a great part of humanity, the good as well as the bad, sparing neither priests nor faithful. The survivors will find themselves so desolate that they will envy the dead. The only arms which will remain for you will be the Rosary and the Sign left by My Son. Each day recite the prayers of the Rosary. With the Rosary, pray for the Pope, the bishops and priests."

"The work of the devil will infiltrate even into the Church in such a way that one will see cardinals opposing cardinals, bishops against bishops. The priests who venerate me will be scorned and opposed by their confreres...churches and altars sacked; the Church will be full of those who accept compromises and the demon will press many priests and consecrated souls to leave the service of the Lord.

"The demon will be especially implacable against souls consecrated to God. The thought of the loss of so many souls is the cause of my sadness. If sins increase in number and gravity, there will be no longer pardon for them"

"With courage, speak to your superior. He will know how to encourage each one of you to pray and to accomplish works of reparation...

"Pray very much the prayers of the Rosary. I alone am able still to save you from the calamities which approach. Those who place their confidence in me will be saved.""

Interestingly seven days after Sr Agnes received this message, and on the anniversary of the Miracle of The Sun, on Oct 13th of this year, Japan was hit by Typhoon Hagibis.

Another sign of the times came the prophecies of Bl. Elizabeth Canori Mora 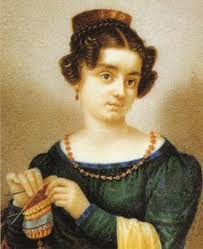 I recently was sent a short video on a prophecy of a friend of Blessed Anna Marie Taigi, who was a great mystic.  Her friend's name is Bl. Elizabeth Canori Mora

A link to a video most especially from the 4 min mark is very interesting as Blessed Elizabeth seemed to be seeing into the future into our times:

At the very least start our Advent a little earlier with this little novena prayer for Christmas that usually starts on the Feast of St. Andrew, Nov. 30th. as we are honoring the moment of the Infant Jesus' birth.  In a sense it could be a truly reparative prayer for us during this Holy Season as we know that even Christ as God was attacked with the comments made by the author and friend of Pope Francis, Italian journalist, Scalfari wrote in La Repubblica:

“Anyone who has had the good fortune to meet with him and speak with him in utmost confidence – as I have done several times – knows that Pope Francis conceives of Christ as Jesus of Nazareth: a man, not an incarnate god. Once incarnate, Jesus ceases to be a god and become a man, until his death on the cross.”

Scalfari claims that when he put this idea to Francis, he replied:

“Jesus of Nazareth, once he became a man, although he was a man of exceptional virtue, was not a god at all.”

Advent Novena
It is believed that whoever recites the following prayer with a pious heart 15 times a day from November 30th to December 25th, will obtain whatever is asked. This Christmas prayer carries an Imprimatur from Archbishop Michael Augustine of New York City during the Pontificate of Pope Leo XIII on February 6, 1897.

This is a very meditative prayer that helps us increase our awareness of the real focus of Christmas and helps us prepare ourselves spiritually for His coming.

Hail and blessed be the hour and moment
In which the Son of God was born
Of the most pure Virgin Mary,
at midnight, in Bethlehem,
in the piercing cold.
In that hour vouchsafe, I beseech Thee,
O my God,
to hear my prayer and grant my desires,
[hear mention your request]
through the merits of Our Savior Jesus Christ,
and of His Blessed Mother. Amen.