Known in life as Mariana Francisca Torres y Berriochoa, Mariana had a predilection for sanctity even from infancy. Many details to support this fact have been recorded even giving sufficient cause to believe that she was a mystic at a very young age. Mariana was gifted with locutions from Our Lord before she received her First Holy Communion at the unheard of age of nine – very rare in that era.

On the day of her First Holy Communion she received a visit from Our Lady who informed her that she should make the vow of virginity as she, herself, had done at the age of three in the Temple, for she was destined to become a member of the Order of the Immaculate Conception.

Taking the example of Our Lady, Mariana “kept all these things in her heart” and waited for the moment when she would be able to discern how she would be able to fulfill this request. Then when she was thirteen, she heard the news that the King of Spain was to found a convent of the Immaculate Conception in Quito which was to be headed by her aunt, Rev. Mother Maria de Jesus Taboada. Inspired by the Holy Ghost, Mariana knew that she was to join in this mission to help found the first convent in the New World. Her parents were distraught over this desire to leave them at such a tender age, but in the end they gave their permission. Their sacrifice was extreme but they understood that God had special designs on this young soul. They dared not stand in the way.

With following quote, we recall that when Our Lady wants to accomplish something, God never allows any kind of interference that would block Her work:

“I will put enmities between thee and the woman… She shall crush thy head…” Genesis 3:15

Such was the case with the mission to found a Conceptionist community in Quito, despite the evil designs of the devil which were thwarted by Our Lady in the following account...

Finally, in the latter part of 1576, on the approval of King Philip II of Spain, a small group of five nuns and one young girl, Mariana, embarked on this journey to the unknown lands of the Americas. Almost immediately they met with a most fierce storm on the ocean. Fearing that they would all perish, Mother Maria Taboada, the head of the founding mothers, prayed for God’s will asking Him to calm the sea if He wished them to continue on this journey to found this order in Quito. During this frightful storm, Mariana then only 13 years of age, had a vision.

Mariana explains her vision in this way:

“It was a serpent, larger than the sea. I also saw a Lady of incomparable beauty, clothed in the sun and crowned with stars, carrying a beautiful Child in her arms.  Over the heart of this Lady, was a monstrance with the Blessed Sacrament. In one of her hands she carried a large cross of gold, which at its end took the shape of a lance. With this she subdued the enormous serpent with its two-edged tongue. The Lady, who wielded the cross with the help of the Blessed Sacrament and the hand of the Child, struck the head of the serpent with such force that it was slashed to pieces. At that moment, this monstrous serpent cried out that it would not permit the foundation of the Order of the Immaculate Conception” 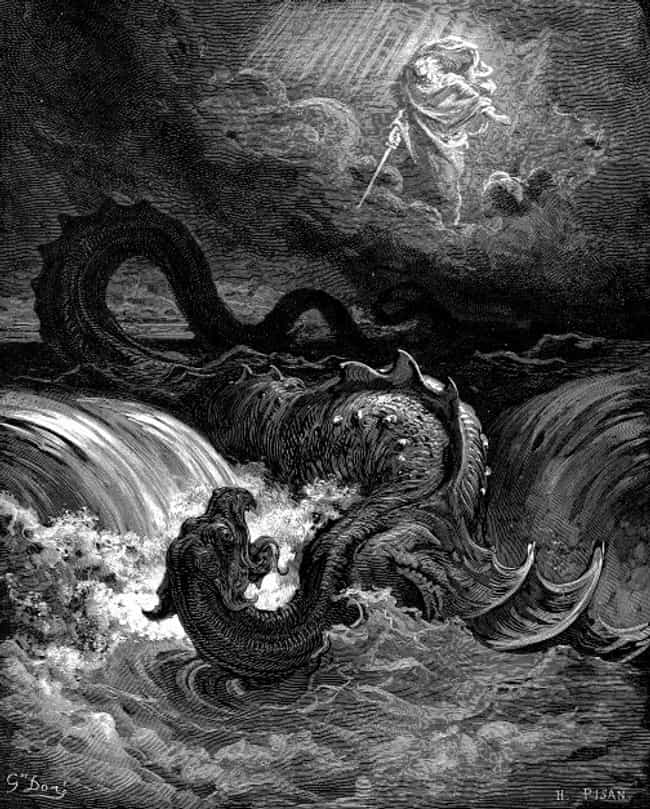 It is believed that it was during this vision that Heaven bestowed the gift of prophecy upon Mariana since she was given to know that the convent was to suffer greatly throughout the centuries and that the devil would persecute it incessantly. She saw many future events and she relayed them to Mother Maria. This frightened the Mother Abbess greatly to the point that she suggested to Mariana that they should turn around and return to Spain. However Mariana reassured Mother Maria Taboada saying:

“It is true that we will have much to suffer and that there will be unfaithful souls, but there will also be saintly religious who, by their interior lives, sufferings and humiliations, will give glory to God and to His Immaculate Mother, thus preserving this Convent until the end of time.”

However Our Lady was always close by assuring the defeat of the evil one…she would crush his head. The little band of sisters arrived in Quito on December 30, 1576. On January 13, 1577, the convent was officially installed. The spiritual and temporal governing of the convent was given to the Franciscan Minors. The five founding mothers took their vows that day. Mariana did not because she was only a girl of thirteen.

Numerous times over the course of Mariana’s life as a religious, she would see the evil one disguised as a serpent slithering and hissing through the halls of the cloister posing to strike and overpower this powerful instrument of God whose sole purpose was to rescue souls from the brink of Hell.

Oh, how Hell despised the recitation of “The Little Office of the Blessed Virgin Mary” and worked to stop it! How he loathed those faithful nuns who followed the rule of the order.

On occasions he would appear as a fire-breathing dragon, spitting fire on the unfaithful sisters who were lacking in virtue. He would prowl around the Convent and its gardens but never the prison or the choir, the holiest places of the convent. However, Our Lady was watching and taking care that the sisters were always protected...